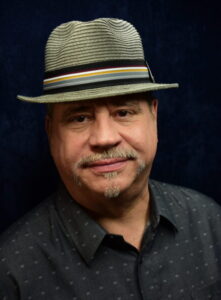 “The potential for market growth in this decade is unprecedented,” said Cunningham. “My vision and principals have proven success at building successful companies that challenge traditional business models.”

Claire Tucker, president of Nashville’s CapStar Bank, says of Cunningham. “I have had the privilege of working with Elliott professionally for three years,” she said. “I have found him to be extremely creative, resourceful and energetic.”

Cunningham’s background includes serving as president of the award-winning San Antonio ad agency, Stout Advertising, and as president of the Nashville-based record label, Rhythm House Records. Recognized as an innovator in the marketplace of ideas, Cunningham most recently served as Chief Marketing Officer for San Antonio-based Weston Entertainment, where he was responsible for strategic sales and marketing. Cunningham’s efforts helped propel the company’s revenues from less than $3 million to a projected $25 million in less than three years.

During his tenure with Weston Entertainment, Cunningham was instrumental in orchestrating the acquisition of Nashville’s famed Sound Kitchen recording studio, a mammoth 19,000 sq. ft., state of the art facility favored by such A-list artists as Brooks and Dunn, Montgomery Gentry, Keith Urban, Jewel, Avalon, the Brooklyn Tabernacle Choir, and a host of others. Cunningham also engineered the acquisition of Houston-based Grassroots Music online retail and marketing operation, and was in charge of developing and building Weston Entertainment’s fleet of radio stations, which included their flagship 100,000 Watt West Texas regional powerhouse Big Country 97.1 KVRP-FM.

Cunningham created, implemented, the concept for the popular San Antonio Riverwalk eatery, Rita’s on the River. Based on the unique cultural phenomenon of the South Texas Ice House, Rita’s is more than just a great place to eat – it is an experience.

“I believe that people want more from their entertainment dollar than to simply be a spectator,” Cunningham said. “I want to create venues for customers, to immerse them in the experience, to make the time they spend with us memorable.”