Over the years I have begun projects with companies and organizations, and one of the first things I ask for is their plan. Normally I am then handed an Excel Spreadsheet, ironically followed up by a statement that says “we never hit our plan.”

One company I worked with actually took 12 months to develop the budget and miraculously “hit it” at the end of the year, the same time they completed it.

Many companies don’t plan because they don’t want to fail. Others just don’t know what to do to plan. Their plans are either so far reaching and obtuse they are too fuzzy to identify anything accomplishable; or they are so tied up in tactical efforts and minutiae that nothing accomplished through the plan would contribute to the growth of the company.

Finance expert Steve Player says that unlike budgeting, which is financial planning, “planning” is a much broader undertaking: “Budgeting sets limits; planning figures out what’s possible. Budgeting is about not failing, while planning is about succeeding.” Read more… Going Beyond “The Budget” 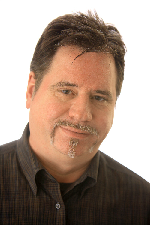